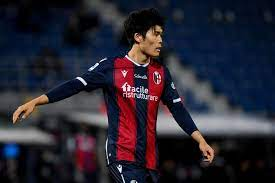 Arsenal have, for many years, bemoaned their defensive options. Often seen as a club that is dangerous going forward but poor at the back, the arrival of Takehiro Tomiyasu has been a game-changer. The defender can easily cover both central and right full-back positions, and has been an asset since his debut. His strong running backed up with a never-say-die attitude paired with some technical class has made Tomiyasu stand out as one of the best defensive signings at the club in years.

Arriving on deadline day in the transfer window for a fee of around £16m, the former Bologna man now looks an absolute steal. His grit and power has helped to offer Arsenal some extra stability at the back. Add in his impressive forays forward, too, and it looks like Arsenal have found a genuine two-way defender.

Yet, given the nature of his signing, it could almost be that Gunners fans would be very jealous right now. According to the player himself, the 22-year-old nearly committed to joining Tottenham instead. Having made his name with the Gunners fans on the back of a heroic performance against Spurs, then, things could have been so different.

An excellent start to life in North London will likely have Spurs fans wondering why they never pulled the trigger. Their loss, though, looks to be very much to the gain of their biggest rivals. This could become a signing that is regretted for years to come.

Speaking to DAZN Japan, though, Tomiyasu made clear that he nearly wore a Spurs shirt as opposed to Arsenal, saying: “I thought I wasn’t able to join Arsenal! I thought I was going to Spurs. On deadline day, the move broke down. Arsenal asked me to join them and I did immediately.”

What looks to be a major blunder on the part of Spurs, though, is quite the gain for Arsenal. Alongside new defensive partner Ben White, Tomiyasu has settled in almost seamlessly. Now, he looks like one of the bargain buys of the summer. Long rated as a potential star in Italy, his name was never one associated with bigger clubs until the most recent summer window.

A fee of just £16m was needed to land the player, and it is no surprise that a Premier League team decided to pay the money. The Japan international has the stamina, strength, running power, and technical balance to be an excellent player at Premier League level. So far, his all-action performances paired with a surprising defensive durability has elevated the player to cult hero status already.

With more performances like what has been so far to come, though, he could become a genuine icon of the modern Arsenal era. With so many defensive mistakes and missteps in signings in recent years, this looks to be a game-changer for the Gunners as they have finally found a player to build their defence around.