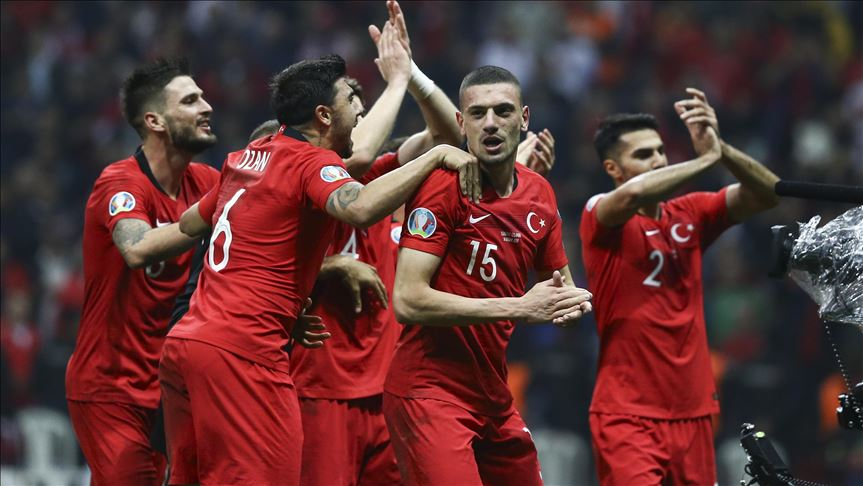 Many tipped Turkey as potential dark horses to win Euro 2020 before a ball had been kicked, but their performance in Friday’s opening game might lead to predictions being revised.

Facing a rejuvenated Italy team at the Stadio Olimpico in Rome was never going to be straightforward. Roberto Mancini has done a fine job since taking charge of his country after the failure to qualify for the 2018 World Cup. This Italy team is a modern, vibrant one, and Turkey had no answers for their press-and-possess dominance in the tournament’s curtain-raiser.

Italy controlled the game from the very first whistle. On the occasions when Turkey did win the ball, they were far too hurried. The goalkeeper Ugurcan Cakir kicked it long virtually every time he got it, as did Caglar Soyuncu and Merih Demiral at centre-back. Burak Yilmaz spent most of the first half chasing lost causes and being caught offside. Turkey barely strung a pass together in the final third.

They did go into the break with the scores level, but it seemed like only a matter of time before Italy got their noses in front. And so it proved, as Demiral inadvertently turned the ball into his own net from Domenico Berardi’s drilled ball across the box. It was the least Italy deserved, but it did not spark a reaction from their opponents.

Cengiz Under had been introduced at half-time to give Turkey some more counter-attacking speed, but they simply did not get the ball enough to benefit from it. Hakan Calhanoglu, a gifted creator, struggled to get into the game, and Yilmaz was often isolated up front. Turkey lacked ambition throughout, declining to press Italy and instead sinking back into a deep shape. The midfielders did not get out to their Italian counterparts, allowing the Azzurri to dominate proceedings without breaking sweat.

This was a fantastic start for Mancini’s men, who will hope to go far in this tournament. The main doubt around Italy going into the summer was whether they would score enough goals, so finding the net three times here was the ideal riposte. Ciro Immobile got his name on the scoresheet in the 66th minute, before Insigne wrapped up the three points with his ninth goal for his country.

"It was not our day,” Gunes admitted after the match. “We started to lose the ball and couldn’t get forward. Italy were better – we lost to the better team. This is a tournament. We have two more games. We will prepare ourselves for the Wales game first.”

Turkey will need to be braver against the Welsh on Wednesday. They must get higher up the pitch and string together passes in the opposition half, something they rarely did at the Stadio Olimpico. There is still enough time to turn things around, particularly as three teams could advance from Group A, but Friday’s opening game showed that Turkey have plenty of work to do.