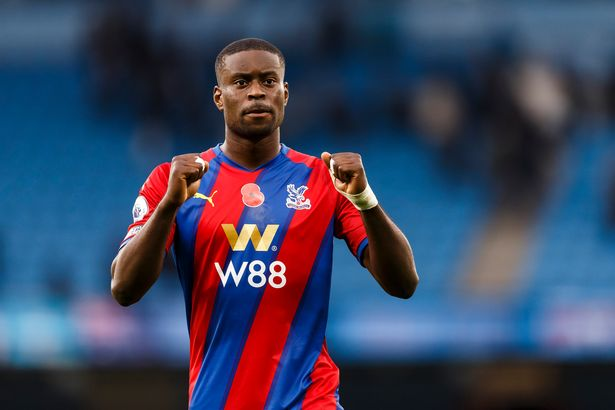 Go back a few years, and it was clear that Crystal Palace FC were on the right track. Ever since Steve Parish and co. came involved with the club, there has been a steady trajectory upward. Gone are the days of fighting relegation in the Championship. Today, Premier League consolidation has become a common part of the clubs identity. Now, they can offer players a steady platform to come in, to play, and to develop without any time being wasted. They are seen as a viable option by young talent around the United Kingdom who want to grow, develop, play, and improve.

Well, that developmental aimed path has clearly paid off. For the first time potentially ever, Crystal Palace have more players in the England senior setup that Manchester United. With the call-up of Tyrick Mitchell pairing up with the likes of Conor Gallagher, the Eagles can point to a strong and growing England contingent within the team. Marc Guehi was also called up, giving Palace a trio of exciting young English stars to keep an eye on for years to come.

Top quality young players are hard to come by, especially those with an English passport. In years gone by, they would preferably sit on the bench at United as opposed to come to Palace and get a regular game. This, though, is changing. The next generation of English players look keen to play and to grow, as opposed to simply sit and collect a juicy wage on a bench at Old Trafford, Stamford Bridge, Anfield, or the Etihad.

This loss for the big boys has been the gain of Palace, and it is fair to say that the clubs project has been very enticing to young players looking to further develop.

Why are Palace seeing so many England players?

For one, they have a great scouting network. Picking up young talent like Guehi and Gallagher from Chelsea makes sense. The Blues have a titanic squad, with senior internationals in every position. Finding space for two young and exciting England players was never likely to be on the wishlist. With that in mind, then, clubs like Palace can benefit.

Young players can earn huge money playing for Palace, too, and this means that young talent get both earning potential and playing time. One only has to look at the reputational boost that Gallagher is enjoying right now. He is among the form midfielders in the Premier League, and looks very likely to have a spot waiting for him at Chelsea upon his return.

Guehi was signed on a permanent deal, and has done nothing to disprove the argument that his fee was a steal. Now, other players can look at Palace and see internationals – not only for England, but for other nations as well – and believe that they, too, can make that next step-up.

It might not happen again, but for one international window Crystal Palace can say they are doing more to help the national team than Manchester United. Imagine saying that during the Neil Warnock days!