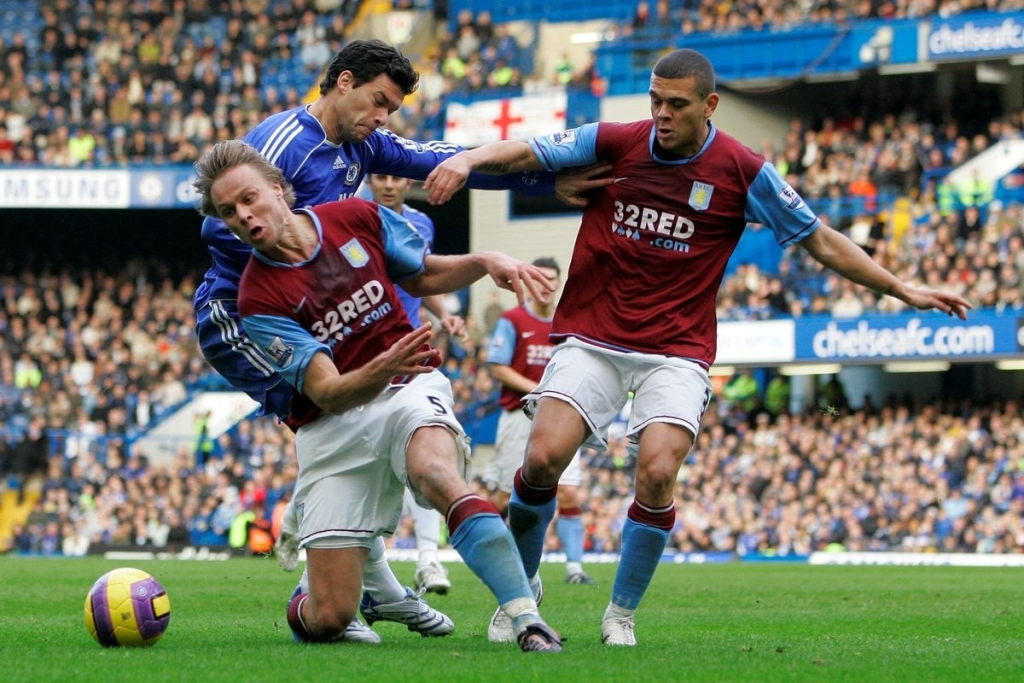 Boxing Day is a time for leftover turkey, sales at the shops and wild football matches. The wacky round of post-Christmas fixtures in 1963 has gone down in legend, with the division’s 20 teams sharing an astonishing 66 goals – a ludicrous tally which led to much questioning about just how many pigs in blankets the league’s defenders had demolished the day before.

“There always used to be strange results at Christmas… it was something you just couldn’t get the gist of. You could win heavily and lose heavily,” recalled former England international Alan Mullery, who played in Fulham’s 10-1 thrashing of Ipswich Town on Boxing Day 55 years ago.

By the measures of 1963, Chelsea’s 4-4 draw with Aston Villa in 2007 was a quiet affair. The Premier League, however, has never seen a more entertaining clash on December 26.

Heading into the festive period, the Blues had begun to recover from Jose Mourinho’s shock departure following a 1-1 draw with Rosenborg in September. Their first game under the stewardship of Avram Grant had ended in a 2-0 defeat by Manchester United, before Fulham held their west London neighbours to a scoreless stalemate at Stamford Bridge six days later. By that stage Chelsea had won only three of their first eight Premier League assignments, leaving them down in eighth place and seven points behind leaders Arsenal, who had played one match fewer.

Grant steadied the ship thereafter, though, guiding his side to seven wins and a draw in their next eight encounters. A 1-0 loss to Arsenal followed in mid-December, but a 1-0 triumph over Blackburn Rovers the following weekend meant Chelsea sat third on Christmas Day, with six points separating them from Arsene Wenger’s table-toppers.

Aston Villa, meanwhile, were down in eighth, but there were signs that something was brewing in Martin O’Neill’s second season at the helm. The West Midlanders had ended the previous campaign on a nine-match unbeaten run and eight wins from their first 14 matches in 2007/08 had lifted them as high as sixth by the end of November. December did not prove quite as kind to the Villans, though, and they arrived in the capital on Boxing Day having failed to emerge victorious from any of their last four games.

The deadlock at Stamford Bridge was broken in the 14th minute, Shaun Maloney sliding in to turn the ball home from close-range after John Carew had nodded it into his path. The visitors almost doubled their lead soon after, Gabriel Agbonlahor stinging Petr Cech’s palms after more fine work from Carew, before Joe Cole shot straight at Scott Carson for Chelsea’s first effort on target.

The second goal would be Villa’s too. Maloney did brilliantly to shimmy past Claudio Pizarro on the left touchline, but his strike from just outside the penalty area should have been bread and butter for Cech; instead, the Chelsea custodian contrived to fumble the ball in and give O’Neill’s men a two-goal lead in the 44th minute. The Blues, it seemed, were heading for a first home loss in the Premier League since a 2-1 reverse against Arsenal in February 2004.

There was, however, more drama before the interval, as Zat Knight bundled into the back of Michael Ballack to gift Chelsea a penalty; the 6ft 6in defender was duly sent off, having – to borrow a phrase from the Guardian journalist David Lacey – thrown the hosts not so much a lifeline as a lifeboat, complete with survival rations. Andriy Shevchenko (remember him, Chelsea fans?) converted from the spot to halve the deficit.

Shevchenko’s second was altogether more special, the Ukrainian finding the net from 30 yards to restore parity five minutes after the restart. Marauding centre-back Alex then turned the match on its head, collecting Shevchenko’s pass, touching the ball around Curtis Davies and finishing past Carson like a seasoned striker. Chelsea now had a goal and a man advantage, and that, surely, was that.

Yet Villa had other ideas. In the 72nd minute Ashley Young teased a wicked free-kick into the Chelsea area, where Martin Laursen was on hand to volley the ball into the far corner. Things soon got even better for O’Neill’s charges. Agbonlahor, racing through on the counter-attack, was the victim of a two-footed lunge from Ricardo Carvalho, who was deservedly dismissed by referee Phil Dowd. Game on.

Chelsea did not let that setback alter their mindset, though, and they were back in front in the 88th minute when Michael Ballack curled a free-kick around the Villa wall and past the despairing dive of Carson. With news coming through that Arsenal were drawing 0-0 with Portsmouth, Chelsea fans could be forgiven for beginning to celebrate the narrowing of the gap at the top.

However, this topsy-turvy game still had one final twist up its sleeve. As Villa desperately sought a dramatic late leveller, Ashley Cole was penalised – and shown a red card – for handling the ball on the goalline. Gareth Barry showed nerves of steel to slide his penalty into the bottom corner and earn Villa a point which kept them in touch with the top four, while Chelsea were left to wonder how they could score four goals at home yet still fail to win. Forget what the TV listings tell you, Boxing Day drama does not get better than this.