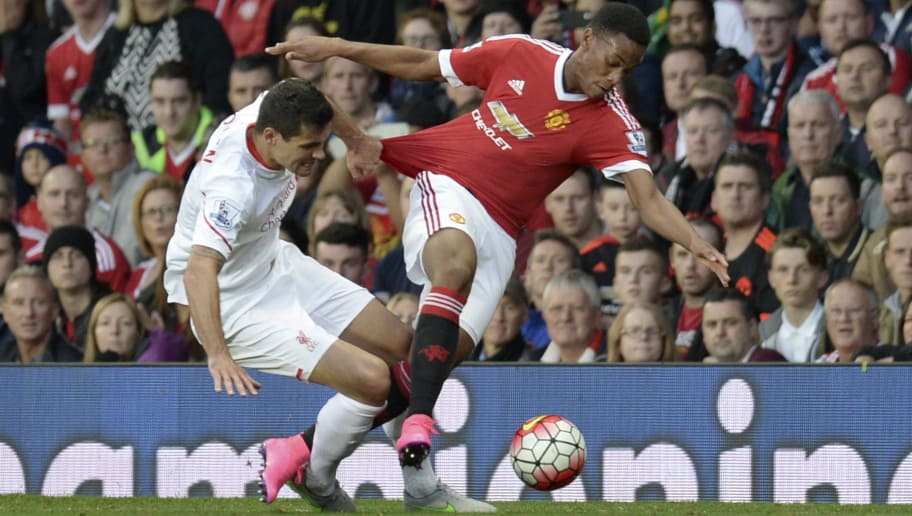 Ahead of Sunday’s showdown at Old Trafford, we have picked out some memorable contests between the arch-rivals.

Liverpool headed to Old Trafford in March 2009 knowing that anything other than victory would in effect rule them out of the Premier League title race. Indeed, a Manchester United win would move them seven points clear of their fierce rivals, and Alex Ferguson's men would also have a game in hand and the chance to extend their advantage to 10 points.

Instead, Liverpool delivered a brilliant performance to run out 4-1 winners, despite falling behind to a Cristiano Ronaldo penalty midway through the first half. Fernando Torres, who gave Nemanja Vidic a torrid time throughout the game, restored parity soon after, and Steven Gerrard gave the visitors the lead just before the break. Vidic was then sent off in the 76th minute, before Fabio Aurelio and Andrea Dossena capped a memorable afternoon for the Reds.

After winning the treble a few months earlier, many expected Manchester United to suffer something of a hangover at the start of the 1999/00 campaign. In fact, Alex Ferguson's men came flying out of the traps, amassing 19 points from a possible 21 to storm to the top of the Premier League table.

United stumbled in mid-September, drawing with Wimbledon and Southampton before a 5-0 demolition by Chelsea, but before that they edged out Liverpool in an exciting encounter at Anfield. Two Jamie Carragher own goals and an Andy Cole strike gave United a 3-0 lead at half-time, but Liverpool fought back in the second period to set up a nervy finish for the 10-man visitors, who had Cole sent off after the break.

Dimitar Berbatov wasn't always a first-choice pick during his four years at Old Trafford, but he delivered several memorable performances in a United shirt. Perhaps the best of those came in a 3-2 defeat of Liverpool in 2010, when the Bulgarian notched a hat-trick to leave the Reds just a point above the relegation zone after five games.

Steven Gerrard grabbed a brace for Roy Hodgson's men, but Berbatov's 84th-minute effort settled matters in United's favour. Alex Ferguson's side would end the campaign as champions for the fourth time in five seasons, with Berbatov contributing 20 goals in the top flight.

United fans must have thought they had three points in the bag when they watched their team race into a 3-0 lead after 24 minutes of a trip to Anfield in January 1994. Goals from Steve Bruce, Ryan Giggs and Denis Irwin in the game's first quarter put the Red Devils in a commanding position, but Nigel Clough's 25th-minute goal have Liverpool hope.

Clough further reduced the deficit in the closing stages of the first half, but United dug deep to stem the tide after the interval. However, Neil Ruddock's header levelled the scores in the 79th minute and ensured Liverpool avoided defeat against the champions.

Eric Cantona returned from an eight-month ban for his kung-fu kick on a Crystal Palace supporter against United's arch-enemy. The Frenchman teed up Nicky Butt for the game's opening goal inside two minutes, but Robbie Fowler - who terrorised the Red Devils defence throughout - made it 1-1 shortly after the hour-mark.

Fowler then put Liverpool ahead after the break, but Cantona ensured the headlines would belong to him, converting a penalty to earn United a point that kept them within touching distance of the summit of the standings.

This was probably Liverpool's most comfortable ever victory at Old Trafford, as Brendan Rodgers' side eased past David Moyes' men in March 2014. The Reds arrived at the home of their rivals four points behind Premier League leaders Chelsea, having won seven of their previous nine top-flight outings.

They made it eight triumphs in 10 thanks to a pair of penalties from Steven Gerrard, who also missed a third spot-kick, and a late Luis Suarez strike.