6 classic Liverpool vs Tottenham games from the Premier League era 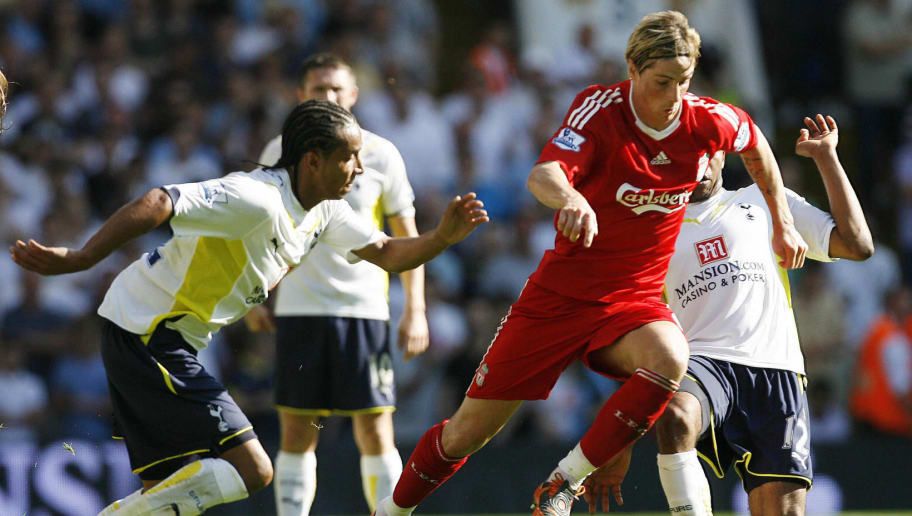 Liverpool ran riot at White Hart Lane in the first half of the 2013/14 campaign, with their 5-0 victory spelling the end of Andre Villas-Boas' tenure as Tottenham boss. Luis Suarez and Jordan Henderson struck in the opening 45 minutes to put the visitors in a comfortable position at half-time, before Paulinho's red card shortly after the hour mark put the game out of Spurs' reach.

Even so, the north Londoners' collapse was alarming, as Jon Flanagan, Suarez and Raheem Sterling all netted to give Brendan Rodgers' side a handsome victory. The Reds moved up to second after this thrashing, but it was not until the spring that they were taken seriously as Premier League title challengers.

It is testament to Mauricio Pochettino's fine work in north London that we now consider Tottenham a top-four team. It was not always thus; indeed, for large portions of the 1997/98 campaign, it looked as if Spurs would suffer an ignominious relegation to the second tier.

A 2-1 defeat by Derby County on January 31 left Tottenham in the bottom three, and although they eventually rallied to finish 14th, they ultimately avoided the drop by just four points. In hindsight this point against Liverpool was a crucial one, even if Steve McManaman's late leveller denied the home side victory.

Looking back now, Arsenal, Chelsea, Manchester United and Liverpool's top-four finishes in 2003/04 kick-started an era where that quartet of clubs would monopolise the division's Champions League qualification spots. It did not necessarily feel that way at the time, however: Newcastle United had finished third in 2002/03, and Everton gatecrashed the party at Liverpool's expense two years later.

Rafael Benitez's side, who made up for their fifth-place finish by winning the Champions League with a famous victory over Milan, missed out on the top four by only three points. This 2-2 draw with Tottenham in April was therefore significant, with goals from Erik Edman and Robbie Keane twice putting Martin Jol's men ahead, only for Luis Garcia and Sami Hyypia to net equalisers either side of the interval.

With Liverpool and Tottenham both in mid-table, there was little riding on this contest in late 1998/99. Whether in spite or because of that fact, the two teams played out a highly entertaining encounter at Anfield, with Liverpool coming from 2-0 down to emerge triumphant.

A Jamie Carragher own goal and Steffen Iversen strike put Spurs in a commanding position at the break, but Liverpool reduced the deficit through a Jamie Redknapp penalty and then restored parity via Paul Ince. Spurs attempted to hang on for a point but were unable to do so, with Steve McManaman notching the winner in the 79th minute.

After back-to-back defeats by Manchester United and Manchester City, Tottenham sat bottom of the Premier League table after two games of the 2010/11 campaign. A 2-0 win at Wolves lifted Harry Redknapp's men up to 15th place, but it took this 4-0 demolition of Liverpool to belatedly kick-start their season.

Spurs proved far too strong for Kenny Dalglish's visitors, with Luka Modric, Jermain Defoe and Emmanuel Adebayor (twice) all on the scoresheet. The gulf in class at White Hart Lane was reflected in the table at the end of the season, with fourth-placed Spurs amassing 17 more points than eighth-placed Liverpool.

Tottenham had ended a miserable nine-match winless run a few days before the visit of Liverpool in December 1993, beating Manchester City to ease some of the pressure on manager Ossie Ardiles. Vinny Samways gave Spurs a half-time lead, but a quick-fire Robbie Fowler brace and Jamie Redknapp strike turned the game around early in the second period.

Tottenham showed great character to bounce back, though, with goals from Micky Hazard and Darren Caskey earning the north Londoners a share of the spoils.