6 classic Liverpool vs Chelsea matches since 2000 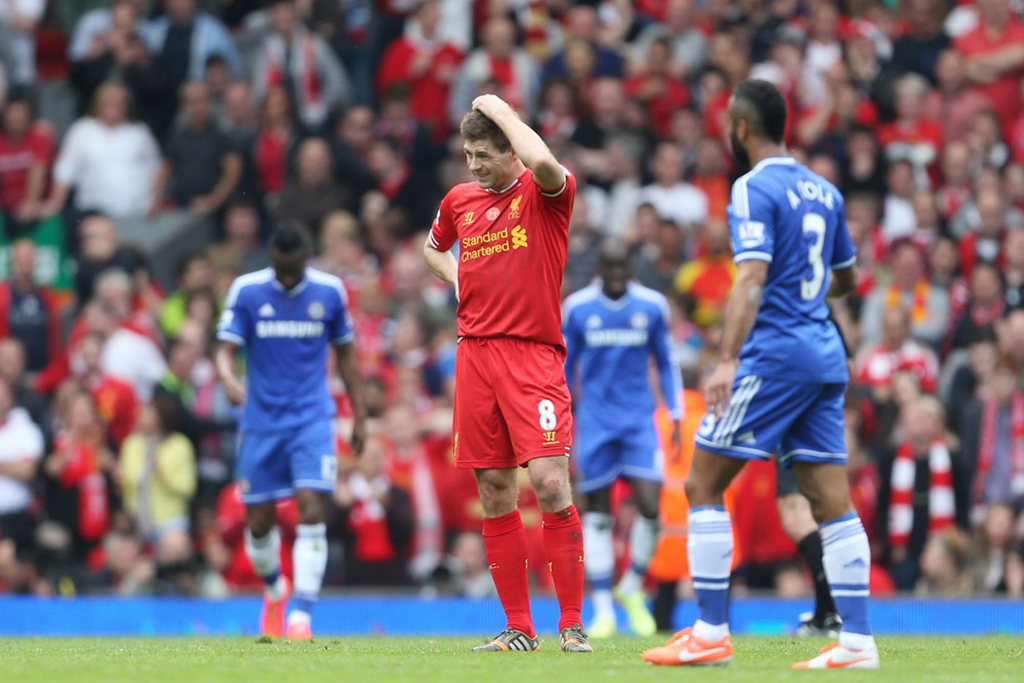 Ahead of their meeting this weekend, here are six classic Liverpool vs Chelsea clashes since 2000.

This seemed like a hugely important game at the time, but only in hindsight has it become clear just how crucial it was for Chelsea. The two sides were level on points heading into the final day of the season, but the Blues’ superior goal difference meant Liverpool needed to win at Stamford Bridge to clinch the final Champions League qualification spot at their opponents’ expense.

Sami Hyypia headed home the opener to put the Reds in control, but goals from Marcel Desailly and Jesper Gronkjaer before the break turned the game on its head. Chelsea successfully saw out the victory to secure fourth place, and it later became apparent that their scheduled participation in Europe’s principal club competition the following season was a decisive factor in Roman Abramovich’s decision to buy the club from Ken Bates that summer.

Jose Mourinho’s first piece of silverware as Chelsea manager came in the form of the 2005 League Cup. John Arne Riise made it 1-0 to Liverpool after just 45 seconds – the quickest-ever goal in the tournament’s showpiece – and it took until the 79th minute for the Blues to get back on level terms by way of a Steven Gerrard own goal.

That sent the match to extra time, and Chelsea eventually took control with two quick-fire efforts from Didier Drogba and Mateja Kezman early in the second period. Antonio Nunez halved the deficit and set up a nervy finish, but the west Londoners held on to lift the trophy for the third time in their history.

Liverpool got their revenge three months later, overcoming Chelsea in a tense Champions League encounter to progress to the final. Everything was still to play for after a goalless draw at Stamford Bridge in the first leg, but the tie was settled in controversial circumstances when Luis Garcia’s hooked shot was adjudged to have crossed the line in the fourth minute.

The protests of John Terry and co. fell on deaf ears, and Chelsea were unable to find the vital away goal that would have sent them through. Instead it was Liverpool who progressed to Istanbul to take on Milan; the rest, as they say, is history.

The two clubs met at the same stage of the Champions League three years later, and this time it was Chelsea who came out on top. The first meeting at Anfield ended all square, as Riise’s own goal deep into second-half stoppage time denied Liverpool a first-leg advantage. Chelsea then edged ahead on aggregate when Didier Drogba broke the Stamford Bridge deadlock, but Fernando Torres’ drive forced an additional 30 minutes of action.

Frank Lampard’s penalty and another Drogba goal made it 3-1 on the night, and while Ryan Babel’s late effort put Liverpool within a strike of the final, Avram Grant’s Chelsea held on to advance to Moscow.

While early Champions League clashes between Chelsea and Liverpool were tight, tactical affairs, this quarter-final second leg in 2008/09 was the opposite. The Blues looked to have one foot in the final after winning 3-1 at Anfield a week previously, but Rafael Benitez’s side – despite being without Gerrard – stormed into a 2-0 lead in the first half.

After regrouping at the break, Drogba and Alex allowed Stamford Bridge to breathe a sigh of relief by restoring parity on the night. Lampard’s 76th-minute strike then made it 6-3 on aggregate, but Liverpool recovered to score twice through Lucas Leiva and Dirk Kuyt – meaning one more goal for the visitors would be enough for them to reach the last four. It was not to be, however, as Lampard got his second to knock the Reds out.

Had Liverpool beaten Chelsea on 27 April 2014, they would surely have gone on to win the Premier League title. On an 11-game winning streak heading into this encounter at Anfield, the Reds missed the opportunity to maintain their six-point advantage over Manchester City by suffering defeat by a heavily rotated Chelsea side.

Mourinho’s men moved to within two points of the summit with victory on Merseyside, but City’s game in hand meant that the Portuguese had in effect given up on his team’s title chances in order to focus on their upcoming Champions League semi-final against Atletico Madrid. Several regular starters were therefore rested, but Chelsea’s fringe players stepped up to deliver; Demba Ba opened the scoring after Steven Gerrard’s decisive slip, before Willian made sure of the points in injury time. In the end, Manchester City finished two points clear of Liverpool at the top.