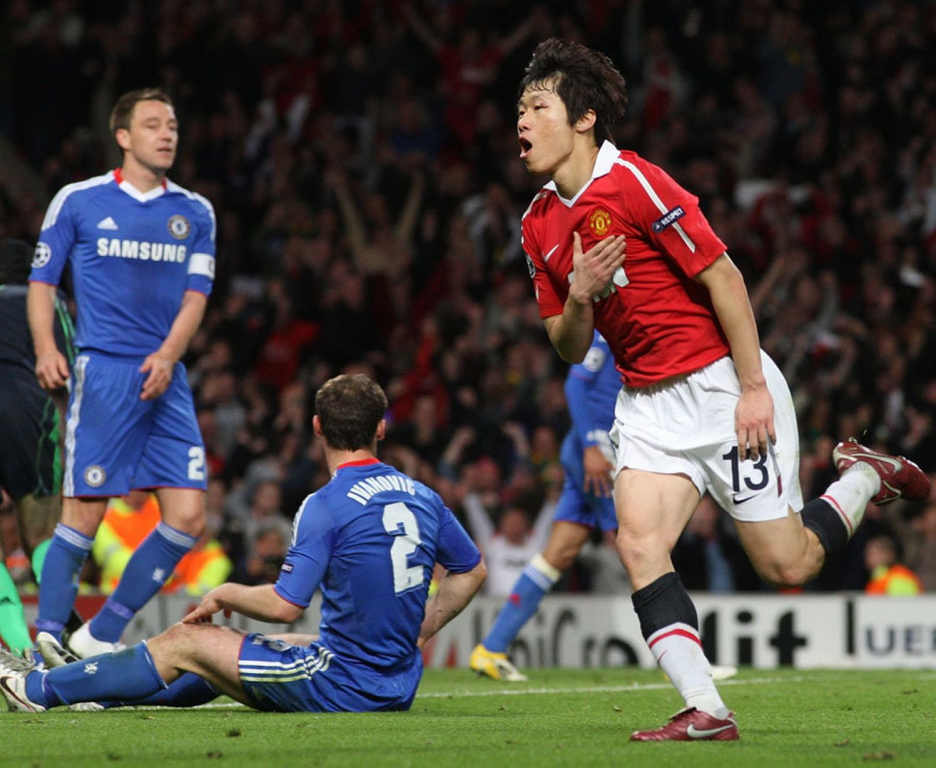 Ahead of their meeting this weekend, here are six classic Chelsea vs Manchester United from the Premier League era.

A thrilling game at Stamford Bridge brought United an important victory on Boxing Day in 1994. Chelsea were an inconsistent side under Glenn Hoddle – they went on to finish 11th – but they were certainly capable of giving top teams a bloody nose on their day. Mark Hughes broke the deadlock against his future employers, and an Eric Cantona penalty early in the second half appeared to seal the deal for United.

Chelsea did not give up, though, with John Spencer’s spot-kick halving the deficit shortly before the hour. Eddie Newton drew the hosts level in the 77th minute, only for Cantona to immediately grab his second and United’s third to help Alex Ferguson’s men keep up the heat on league leaders Blackburn Rovers, who they ended the season a point behind at the summit of the standings.

Manchester United’s treble-winning campaign of 1998/99 is rightly celebrated as one of the greatest all-time achievements in British football. In purely Premier League terms, however, the 1999/00 vintage was superior to the team which went before: Ferguson’s side won the league with just 79 points in 1999, compared to 91 – a gigantic 18 more than runners-up Arsenal – 12 months later.

At the time of this meeting in April, Chelsea were pushing for the top-three finish that would have brought Champions League qualification. They fell behind to a Dwight Yorke goal early on, but Dan Petrescu restored parity midway through the opening period and Gianfranco Zola put the visitors ahead soon after. Ole Gunnar Solskjaer (whatever happened to him?) struck to level the scores before the interval, before Yorke grabbed the game’s decisive fifth goal in the second half.

Chelsea got the Jose Mourinho era off to the perfect start, beating Manchester United by a goal to nil to kick-start one of the greatest seasons in their history. Eidur Gudjohnsen’s strike proved the difference between the two teams, as a poor piece of goalkeeping by Tim Howard allowed the Icelandic striker to score what turned out to be the winning goal.

United had plenty of the ball at Stamford Bridge but could not find an equaliser, with their best opportunities spurned by Alan Smith and Ryan Giggs. The Blues held on for a narrow triumph, and they only went from strength to strength from there: with just 15 goals conceded and 95 points to their name, this was undoubtedly one of the Premier League’s best ever sides.

Chelsea wrapped up their second Premier League title in as many years with a convincing 3-0 triumph over Manchester United in April 2006. A draw would have been enough to secure the championship crown for Mourinho’s men, who came flying out of the traps and took the lead through William Gallas with five minutes on the clock.

Joe Cole scored a brilliant second after the break, with Ricardo Carvalho popping up to net the third in the 73rd minute. United had no answers at Stamford Bridge, with the Blues – who ultimately finished eight points clear of Ferguson’s charges – confirming their dominance of the division.

Battling Rafael Benitez’s Liverpool in the title race, Manchester United made light work of a potentially tricky assignment against Chelsea in January 2009. Luiz Felipe Scolari’s side were second best in every department at Old Trafford; having occupied top spot in the middle of November, a run of just two wins in eight games – culminating in this loss to United – eliminated the west Londoners from the title tussle. A few weeks later, Scolari was sacked.

Nemanja Vidic headed home from a corner on the stroke of half-time, before Wayne Rooney doubled the hosts’ advantage just after the hour mark. Dimitar Berbatov made sure of the win late on, moving the Red Devils to within five points of league leaders Liverpool having played two fewer matches.

It remains the most decisive tactical change in Premier League history. Losing 3-0 to Arsenal in September 2016, Antonio Conte shifted to a 3-4-2-1 formation in the 55th minute by bringing on Marcos Alonso for Cesc Fabregas. There were no more goals at the Emirates Stadium that afternoon, but Conte stuck with his new shape and watched his side embark on a 13-match winning run which in effect propelled them to the Premier League title.

Perhaps the most impressive success in that sequence came against Manchester United, who were hammered 4-0 in October. Pedro Rodriguez opened the scoring after just 30 seconds, before efforts from Gary Cahill, Eden Hazard and N’Golo Kante added the icing to the cake. After being taunted by fans of his former club, Mourinho held up three fingers to signify the number of titles he had won at Stamford Bridge.